The concert begins with pianist Robert Gans performing Nocturne Op.48 #1 in C minor by Frederic Chopin and his own composition, Event Horizon from A Distant Shore.

Then, our featured guest performers maineblend*, an a cappella group directed by Rhee Michelle,* will sing jazz standards by Cole Porter, George Gershwin, Duke Ellington and others.

The concert ends with soprano Danielle Vayenas, and baritone David Goulet, with Kathleen Scott*, pianist, performing music from Ireland, including folksongs arranged by Ludwig van Beethoven, and favorites such as “How are things in Glocca Morra,” from the musical Finian’s Rainbow, “Danny Boy,” and more.
* Guests

maineblend was brought into being by Rhee Michelle in 2002, born out of a love for small ensemble a cappella singing. The group was originally populated by members of the Woodfords Congregational Church Chancel Choir. Membership and repertoire have changed over the years, with the group emerging as one largely devoted to jazz standards from the 30s, 40s, and 50s. Since maineblend performs frequently for senior living and care facilities of all kinds, the group’s repertoire now includes pop music from the 50s and 60s. This music resonates with many audience members. maineblend sings annually for the Portland Sea Dogs and awaits being “called up” to the major league, dreaming of singing at Fenway Park! Current membership of the group consists of sopranos Rhee Michelle (founding member, who also directs the group), Leslie Fitzpatrick, and Valerie Nahorney; altos Susanna Adams (founding member), Rebecca Rinaldi, and Karen Birthesel; tenors Pete Sampson (founding member), Bernie Horowitz, and Chuck Spanger; and basses John Philson and Ricardo Cabezas.

Meet our performers at a reception which follows the concert. Meanwhile, check out the Portland Rossini Club on our Facebook page.

The Portland Rossini Club is a group of Maine musicians that presents a monthly concert series of classical music in Portland, Maine. The club also runs a competitive music scholarship program.

Prospective performing members are chosen by audition and include professional performers, music teachers and skilled amateurs. An elected Board of Directors runs the Portland Rossini Club. Many members perform regularly throughout the region. To find out how to join, or for any other questions, visit our contact page.

Also, it’s not too late to purchase CDs (or downloadable music files) of longtime former member Richard Roberts playing some of his favorite pieces, by Bach, Beethoven, Chopin and Rachmaninoff, are available for purchase on this website – under the Donate/CDs tab.

Video from the President 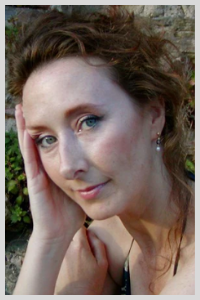