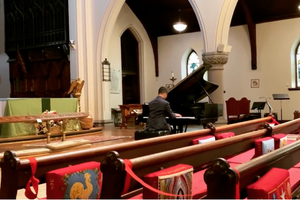 The Rossini Club ushers in the 2022-23 season with their opening concert featuring music for violin and piano, performed by Eleanor Lehmann and Leah Neuchiller; a selection of music from classic Broadway composers Rodgers and Hammerstein, performed by Danielle Vayenas and the Club’s new President, Jonathan Prak; and piano pieces performed by award-winning Portland Conservatory of Music student, Logan Peters.

Adoration, and The Deserted Garden by Florence Price
L’ Abeille (The Bee) by François Schubert

Musical theater selections by Rodgers and Hammerstein
It Might As Well Be Spring – State Fair
Out Of My Dreams – Oklahoma
We Kiss In A Shadow/I Have Dreamed – King and I
If I Loved You, Mister Snow, and You’ll Never Walk Alone – Carousel
Climb Every Mountain – Sound of Music

Eleanor began her musical studies on violin at the age of 5 with John M. Ray in San Francisco, California. She then attended the San Francisco Conservatory of Music where she studied with Jack O’Brian (Griller String Quartet) and Marion Ford. In 1963, she received a degree in music education and performance from San Francisco State University and joined the teaching force for the public school system of S.F. as a music teacher for one year. Shortly thereafter, she and her husband were offered an opportunity to move to Mexico City where she taught violin/viola at the Conservatorio Nacional de Mexico and performed with many of the professional orchestras of the region. In 1975, she along with her family spent a year living in Holland where she was active in the musical community of Nijmeggen as violist in chamber orchestras and as soloist. In 1986, she returned to California where she played the viola in the Merced, Modesto and Stockton Symphonies. In 2003, she moved to Maine and began teaching both violin and viola in her studio and at the Portland Conservatory of Music. In 2007, she initiated violin classes at USM, Portland, for the Osher-Lifelong Learning Institute. Today, she is an active member of both the Portland Rossini and Marston- Kotzschmar Music Clubs of Portland, and served as President for both.

Leah studied piano from the age of 9 and began college as a music major at Brandeis University, where she studied with the French pianist Evelyne Crochet. She went on to a career as a clinical social worker and psychotherapist, but playing the piano continued to be a passionate avocation. Music once again became central to Leah’s life when she moved to Maine in 2006 and began studying piano with Laura Kargul and earning a Masters of Music degree in piano pedagogy at USM. Leah has had a second career as a piano teacher, teaching at the French School of Maine, the Friends School of Portland, and her home studio in Cumberland Foreside. She has been a member of the Rossini Club since 2012. 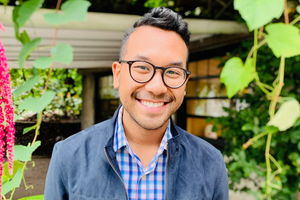 Jonathan Prak is a Saco native currently living in Portland. He’s been playing the piano since he was 6 years old and studied with the late Colette Kelly of Québec, Canada. Jonathan studies with Dr. Laura Kargul at the Osher School of Music of the University of Southern Maine. He has won numerous awards, including Rossini Club’s Lucia Wright Piano Scholarship in 2015 and 2016. He recently participated in a masterclass with instructors Steve Pane and Lily Funahashi on works for two pianos, and appeared as a guest soloist for the Portland Rossini Club before becoming a member. He loves playing works by Mozart, Chopin, Liszt, Ravel and Prokofiev, just to name a few. Jonathan is proudly the current President of the Portland Rossini Club. Outside the world of music, Jonathan has a knack for learning languages, and enjoys adventures, traveling, and running.

Danielle recently appeared in Sound of Music at Maine State Music Theater as understudy for “Mother Abbess”/ensemble, and has also performed with organizations such as Opera Maine, Longwood Opera, Heartwood Theater, Biddeford City Theater, Portland Players and more. Some of her roles have included the title role in Carlisle Floyd’s opera, Susannah, “Micaela” in Carmen, “Mimi” in La Boheme, “Mother” in Amahl and the Night Visitors, “Jenny” in Company, “Mrs. Nordstrom” in A Little Night Music, “Lady Thiang” in “The King and I”, and “Widow” in Zorba. Danielle has performed as concert soloist in Maine with groups such as the Oratorio Chorale, Midcoast Symphony Orchestra, Maine Music Society, Bowdoin Chorale, ChoralArt and Lincoln Festival Chorale; and in the greater Boston area with the Salem Philharmonic, the Masterworks Chorale, and the Paul Madore Chorale. She has performed many oratorio works, from the Requiems of Mozart, Brahms, Dvorak and Verdi, to Mozart’s Mass in c minor; Haydn’s Creation, Beethoven’s Ninth Symphony, and other concert works. She has studied voice with David Goulet, leading to NATS awards in Maine and Boston, and with Malinda Haslett, and has coached with Kathleen Scott. Danielle joined the Rossini Club in 2015. 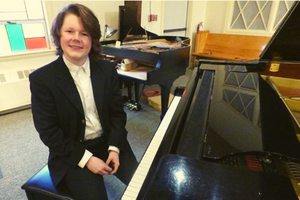 Logan is a 17 year-old junior at Falmouth High School. He began playing piano when he was eight years old and enjoyed playing blues and jazz, but above all else, he enjoyed composing his own music. In 2016, at the age of 10, he won First Place at the Bagaduce Composer’s Competition for his piece Hunting on a Full Moon, and earned the opportunity to perform the piece at the 2016 Blue Hill Pops Festival. In the spring of 2020, Logan discovered his love of classical music, and by September that same year began studying classical piano at the Portland Conservatory of Music with accomplished instructor, Naydene Bowder, with whom he continues his studies today. Since then, he has won several awards, culminating in the Ocy Downs Piano Competition. In addition to classical music, Logan still enjoys playing jazz and performs with the Falmouth High School Jazz Band. When he is not playing piano, Logan enjoys singing with the Falmouth Jazz Singers, Chamber Choir and Chorus. Logan is also an active member of Boy Scouts, holding the rank of Life Scout, while he continues to work towards becoming an Eagle Scout. *Guest performer